SUMMER WITH KATE CEBERANO – SOLD OUT 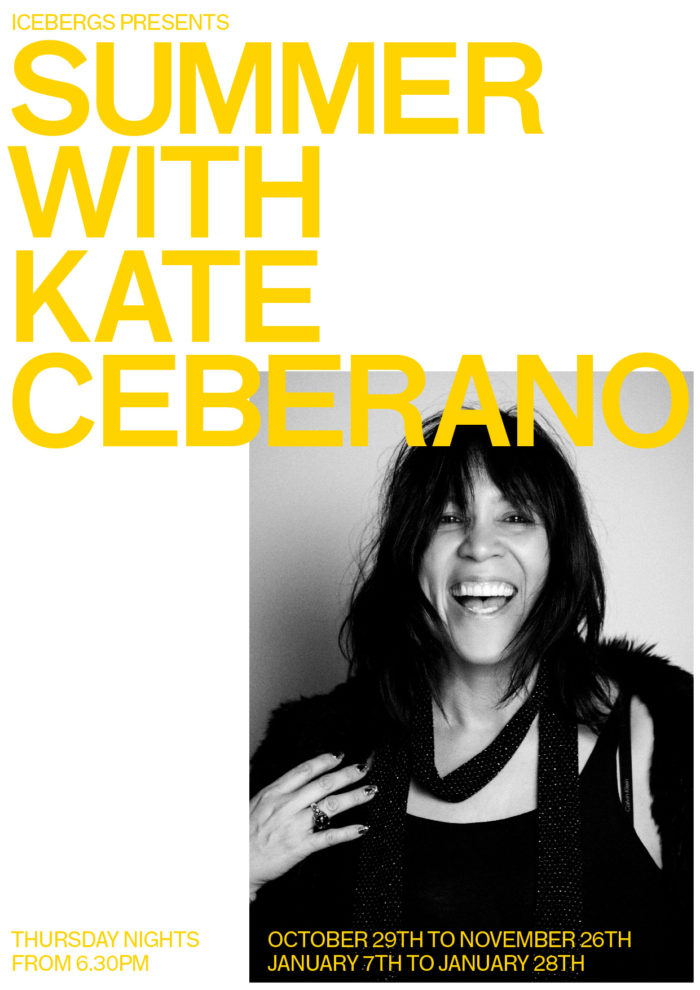 Restaurateur Maurice Terzini and Icebergs Dining Room and Bar welcome Kate Ceberano for a summer residency on Thursday nights. Over nine weeks, the Australian powerhouse that is Kate Ceberano will serenade and seduce guests with the voice that has earned her multiple ARIA awards, seven Platinum and seven Gold albums and a career spanning over 35 years. Accompanied by musician, producer and songwriter Justin Stanley who has worked with an eclectic range of musicians including Prince, Beck, Sheryl Crowe, Leonard Cohen, Paul McCartney and Eric Clapton just to name a few.

Summer with Kate will bring back the old school dinner + show ambience inspired by Sunday nights with jazz by legendary Mietta O’Donnell from ‘Mietta’s’ restaurant in Melbourne, who became such a pivotal cultural contribution to the arts and music scene during the 70’s. In 1992 Kate Ceberano performed at the restaurant and later released an album titled Open the Door – Live at Mietta’s. This is a celebration of Mietta O’ Donnell.

“I grew up as an artist in the bar and club scene of Melbourne, there was feeling of belonging. If you settled into a residency at “Mietta’s”, the “Metropole” or later the “Continental”, it felt chic and familial. I feel I will be coming back to my roots joining Maurice at the Icebergs. It will be an unforgettable summer for me, for so many reasons. I feel joy just thinking about it”.

“I spent many evenings listening to Kate, Vince Jones, Bachelors from Prague and the Melbourne jazz scene of the early to mid-80s. I would never have imagined Kate singing at the Icebergs. This is truly a highlight in my career”. – Maurice Terzini